Protect and Defend: A Thriller (A Mitch Rapp Novel #8) (Hardcover) 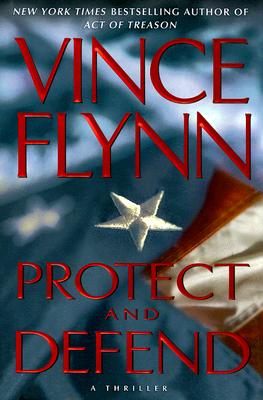 Protect and Defend: A Thriller (A Mitch Rapp Novel #8) (Hardcover)

This is book number 8 in the A Mitch Rapp Novel series.

No longer willing to wait for the international community to stop its neighboring enemy, Israel brings down Iran’s billion-dollar nuclear program in an ingeniously conceived operation. The attack leaves a radioactive tomb and environmental disaster in its wake, and has Iranian president Amatullah calling for blood—American blood. Seeing opportunity where others fear reprisals, Mitch Rapp devises a brilliant plan to humiliate Iran’s government and push the nation to the brink of revolution. But when a back-channel meeting between CIA director Irene Kennedy and her Iranian counterpart goes disastrously wrong, Rapp is locked in a showdown with a Hezbollah mastermind in league with Amatullah—and he is given twenty-four hours to do whatever it takes to stop unthinkable catastrophe.
#1 New York Times bestselling author Vince Flynn (1966–2013) created one of contemporary fiction’s most popular heroes: CIA counterterrorist agent Mitch Rapp, featured in thirteen of Flynn’s acclaimed political thrillers. All of his novels are New York Times bestsellers, including his stand-alone debut novel, Term Limits. The Mitch Rapp story begins with American Assassin, followed by Kill Shot, Transfer of Power, The Third Option, Separation of Power, Executive Power, Memorial Day, Consent to Kill, Act of Treason, Protect and Defend, Extreme Measures, Pursuit of Honor, The Last Man, The Survivor, Order to Kill, Enemy of the State, and Red War. American Assassin was released as a major film in 2017.