Protect and Defend: A Thriller (CD-Audio) 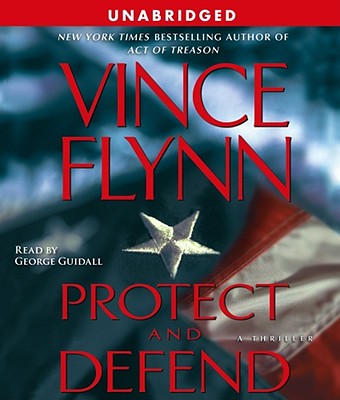 Protect and Defend: A Thriller (CD-Audio)


Email or call for price.
Counterterrorist agent Mitch Rapp is on a collision course with America’s most feared enemy in this white-knuckle thriller from “the best pure adrenaline-charged action writer out there” (The Providence Journal) and #1 New York Times bestselling author of American Assassin.

No longer willing to wait for the international community to stop its neighboring enemy, Israel brings down Iran’s billion-dollar nuclear program in an ingeniously conceived operation. The attack leaves a radioactive tomb and environmental disaster in its wake, and has Iranian president Amatullah calling for blood—American blood.

Seeing opportunity where others fear reprisals, Mitch Rapp devises a brilliant plan to humiliate Iran’s government and push the nation to the brink of revolution. But when a back-channel meeting between CIA director Irene Kennedy and her Iranian counterpart goes disastrously wrong, Rapp is locked in a showdown with a Hezbollah mastermind in league with Amatullah—and he is given twenty-four hours to do whatever it takes to stop unthinkable catastrophe.
#1 New York Times bestselling author Vince Flynn (1966–2013) created one of contemporary fiction’s most popular heroes: CIA counterterrorist agent Mitch Rapp, featured in thirteen of Flynn’s acclaimed political thrillers. All of his novels are New York Times bestsellers, including his stand-alone debut novel, Term Limits.

"Flynn didn't invent the post-9/11 thriller, but he might as well have....[He] is the best pure adrenalin-charged action writer out there today."