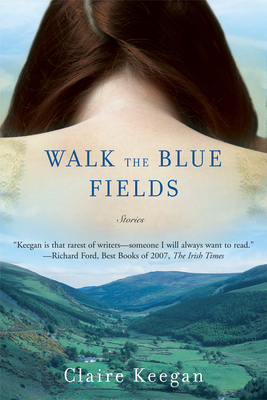 
Backordered
Claire Keegan's brilliant debut collection, Antarctica, was a Los Angeles Times Book of the Year, and earned her resounding accolades on both sides of the Atlantic. Now she has delivered her next, much-anticipated book, Walk the Blue Fields, an unforgettable array of quietly wrenching stories about despair and desire in the timeless world of modern-day Ireland. In the never-before-published story "The Long and Painful Death," a writer awarded a stay to work in Heinrich B ll's old cottage has her peace interrupted by an unwelcome intruder, whose ulterior motives only emerge as the night progresses. In the title story, a priest waits at the altar to perform a marriage and, during the ceremony and the festivities that follow, battles his memories of a love affair with the bride that led him to question all to which he has dedicated his life; later that night, he finds an unlikely answer in the magical healing powers of a seer.
A masterful portrait of a country wrestling with its past and of individuals eking out their futures, Walk the Blue Fields is a breathtaking collection from one of Ireland's greatest talents, and a resounding articulation of all the yearnings of the human heart.