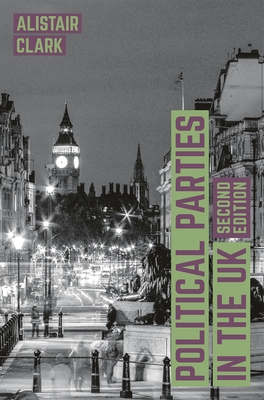 This item is not available for sale on this site.


Other Books in Series

This is book number 23 in the Contemporary Political Studies series.

The second edition of this popular textbook provides a systematic and comprehensive introduction to UK party politics, combining chapters on each of the main parties (Conservative, Labour, the Liberal Democrats and the Scottish National Party) with an assessment of post-devolution Scotland, Wales and Northern Ireland. Clark analyses the extraordinary recent developments in UK politics, including Brexit, the 2015 and 2016 Labour leadership contests, and the surprise 2017 general election, exploring how these events have impacted the political parties, the people of the UK and the UK's position in the world. The book also covers the rise of minority parties such as UKIP, the influence of the media and party campaigning, organisation and funding. Written in an accessible style, this new edition is an essential companion for students taking modules on British Political Parties, Party Politics or British Politics more generally, as well as functioning as a useful background text for modules in Comparative Political Parties. It is an ideal introduction for all readers new to the topic.