The Evidence of Things Not Seen (Paperback) 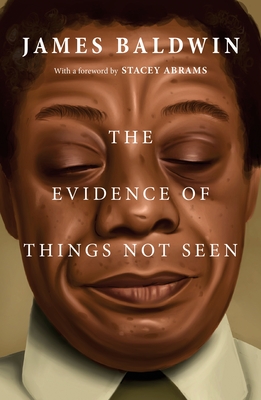 The Evidence of Things Not Seen (Paperback)

Over twenty-two months in 1979 and 1981 nearly two dozen children were unspeakably murdered in Atlanta despite national attention and outcry; they were all Black. James Baldwin investigated these murders, the Black administration in Atlanta, and Wayne Williams, the Black man tried for the crimes. Because there was only evidence to convict Williams for the murders of two men, the children's cases were closed, offering no justice to the families or the country. Baldwin's incisive analysis implicates the failures of integration as the guilt party, arguing, "There could be no more devastating proof of this assault than the slaughter of the children."

As Stacey Abrams writes in her foreword, "The humanity of black children, of black men and women, of black lives, has ever been a conundrum for America. Forty years on, Baldwin's writing reminds us that we have never resolved the core query: Do black lives matter? Unequivocally, the moral answer is yes, but James Baldwin refuses such rhetorical comfort." In this, his last book, by excavating American race relations Baldwin exposes the hard-to-face ingrained issues and demands that we all reckon with them.

James Baldwin’s celebrated works of fiction include Go Tell It on the Mountain, Giovanni’s Room, Another Country, Tell Me How Long the Train’s Been Gone, If Beale Street Could Talk, Just Above My Head, and the short story collection Going to Meet the Man. He was also the author of a book of poetry, Jimmy’s Blues; two dramatic works, Blues for Mister Charlie and The Amen Corner; and many works of nonfiction, including Nobody Knows My Name, The Fire Next Time, and Notes of a Native Son. Born in Harlem in 1924, he lived for many years in France, where he died in 1987.

Stacey Abrams is an author, serial entrepreneur, nonprofit CEO and political leader. After eleven years in the Georgia House of Representatives, seven as Minority Leader, Abrams became the 2018 Democratic nominee for Governor of Georgia, where she won more votes than any other Democrat in the state’s history. She has founded multiple organizations devoted to voting rights, training and hiring young people of color, and tackling social issues at both the state and national levels; and she is a lifetime member of the Council on Foreign Relations. Abrams is the 2012 recipient of the John F. Kennedy New Frontier Award and the first black woman to become the gubernatorial nominee for a major party in the United States.

“To grapple with the pervasiveness of American racism, we can always turn to James Baldwin. You cannot help but admire his words in this volume as they remain as relevant today as when they first appeared.”
—Ibram X. Kendi, author of How to Be an Antiracist and Stamped from the Beginning

“Baldwin’s insightful depiction of Atlanta seeing itself as separate from Georgia’s politics has a heartbeat that is still pounding in today’s political climate.”
—Kimberly Jones, activist and author of How We Can Win