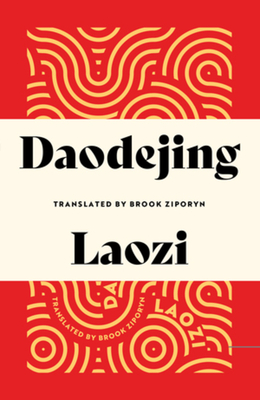 By Laozi, Brook Ziporyn (Translated by)

A transformative new edition of Taoism’s central text that overturns its reputation for calming, gnomic wisdom, revealing instead a work of “philosophical dynamite.”

Grounded in a lifetime of research and interpretive work and informed by careful study of recent archeological discoveries of alternate versions of the text, Brook Ziporyn, one of the preeminent explicators of Eastern religions in English, brings us a revelatory new translation—and a radical reinterpretation—of the central text of Taoist thought. Ziporyn offers an alternative to the overly comforting tone of so many translations, revealing instead the electrifying strangeness and explosively unsettling philosophical implications of this famously ambiguous work. In Ziporyn’s hands, this is no mere “wisdom book” of anodyne affirmations or mildly diverting brain-teasers—this pathbreaking Daodejing will forever change how the text is read and understood in the West.

Brook Ziporyn is Mircea Eliade Professor of Chinese Religion, Philosophy and Comparative Thought in the Divinity School at the University of Chicago. His translation of Zhuangzi: The Complete Writings was published in 2020. He lives in Chicago.

Ziporyn is endlessly enthusiastic. His notes on every quivering word or double-edged phrase are indispensable, and the sheer energy with which he explains this deceptively complex text is a marvel of pedagogy.
— Steve Donoghue - Open Letters Review

Ziporyn, a University of Chicago scholar of ancient and medieval Chinese religion and philosophy, presents a challenging and nuanced new translation of the Daodejing. Though English versions of this Daoist classic abound, Ziporyn draws from multiple textual variants to offer an interpretation full of ambiguity, wordplay, and conceptual playfulness . . . Ziporyn’s interpretation strikes a fine balance between philosophical ingenuity and readability, offering a new and rewarding way to read the Daodejing. This ambitious translation will engage newcomers and the well acquainted alike.
— Publishers Weekly