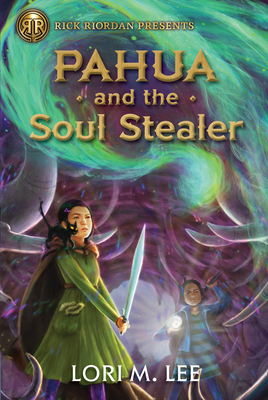 "I love the adventures Pahua has in this book. I also love the sense of humor, the clever plotting, and the fantastic cast of characters. But most of all I love Pahua: her courage, her kindness, and her love for family."--NYT best-selling author Rick Riordan


Winner of the 2022 Mythopoeic Fantasy Award for Children's Literature

Pahua Moua has a bit of a reputation for being a weirdo. A lonely eleven-year-old Hmong girl with the unique ability to see spirits, she spends her summer days babysitting her little brother and playing with her best friend, a cat spirit no one else can see.

One day Pahua accidentally untethers an angry spirit from the haunted bridge in her neighborhood--whoops. When her brother suddenly falls sick and can't be awoken, Pahua fears that the bridge spirit has stolen his soul. She returns to the scene of the crime with her aunt's old shaman tools, hoping to confront the spirit and demand her brother's return. Instead, she summons a demon.

Thankfully, a warrior shaman with a bit of an attitude problem shows up at the last minute and saves her butt. With the help of this guide, Pahua will have to find her way through the spirit worlds and rescue her brother's soul before it's too late. Little does she know she'll have her own discoveries to make along the way. . . .

With its unforgettable characters, unique nature-based magic system, breathtaking twists and reveals, and climactic boss battle, this story based on Hmong oral tradition offers everything a fantasy lover could want.

Endorsed by Rick Riordan, author of Percy Jackson and the Olympians, soon to be a series on Disney+.

Lori M. Lee has been writing stories since the third grade and earned a bachelor's degree in creative writing. She specializes in science fiction and fantasy and has two YA series to her name: Gates of Thread and Stone and Shamanborn. She's also a contributor to several anthologies, including A Thousand Beginnings and Endings, and Color Outside the Lines. Lori was born in a village in the mountains of Laos, which her family was forced to escape when she was just an infant. They relocated to a refugee camp in Thailand refugee for a few years and moved permanently to the United States when she was three. Now she lives in Wisconsin with her husband, kids, and excitable shih-tzu. Her Twitter handle is @LoriMLee.