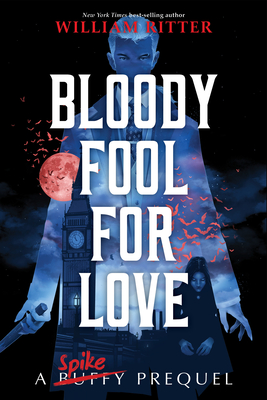 A verified villain. A slayer killer. A god among vampires. And most of all? A hopeless romantic...

Spike just wants to enjoy the spoils of his new badass reputation. He’s now a legendary slayer killer, and he’s returning to London—the greatest city in the world. Unfortunately, his new abode is far from ideal (a dank basement), and the rest of his strange little “family” is reeling from the fact that their patriarch, Angellus, abandoned them. Spike’s love, Drusilla, seems especially heartbroken and spends her time lost in her tarot cards and planning their next gruesome family dinner when they all can be reunited.

Desperate to break Dru out of her melancholy, Spike vows to steal a powerful relic that will help her focus on their dark future together. It’s the perfect plan—that is until a monster named Gunnar, leader of the demon underworld of London, steals the relic first. Forced to form his own ragtag group of underworld denizens, Spike plans an epic heist against a ruthless gang of undead criminals. As he navigates paranormal plots, royal black ops, and breaks for teatime (they may be abominations, but they’re British abominations, thank you very much), Spike soon realizes that his homecoming is about to get bloody.

This rompy, action-packed novel inspired by one of Buffy’s most infamous bad boys is part Bonnie and Clyde, part Sherlock and Watson, with just a bit more bloodsucking.
William Ritter is an author of YA and MG fantasy who made his debut in 2014 with the New York Times best-selling Jackaby series. He is also an Oregon educator and a proud father of two.
"Ritter introduces several charismatic new side characters and nails the fan favorites’ voices, from Spike’s wisecracks to Dru’s hilariously bizarre musings. The tone—a mashup of funny, dark, and thrilling—fits perfectly with the show...This entertaining story will please Buffy fans and is easily accessible to newcomers who appreciate charming paranormal baddies...A diverting Buffyverse tale."—Kirkus Reviews