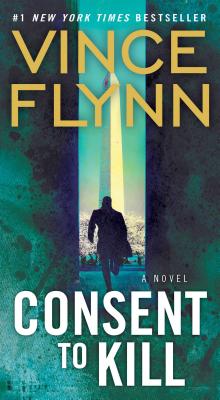 This is book number 8 in the A Mitch Rapp Novel series.

An eye for an eye: that’s what the powerful father of a dead terrorist demands in retribution—and with his hate-filled plea, Mitch Rapp becomes the target of an explosive international conspiracy. The fearless operative has both killed with impunity and tortured to avert disaster, all in a battle to preserve freedom. But even among America’s allies, some believe the time has come to bring Rapp down. Now the hunter is the hunted, and Rapp must rely on his razor-sharp instincts for survival—and justice—as he unleashes his fury on those who have betrayed him.
#1 New York Times bestselling author Vince Flynn (1966–2013) created one of contemporary fiction’s most popular heroes: CIA counterterrorist agent Mitch Rapp, featured in thirteen of Flynn’s acclaimed political thrillers. All of his novels are New York Times bestsellers, including his stand-alone debut novel, Term Limits.