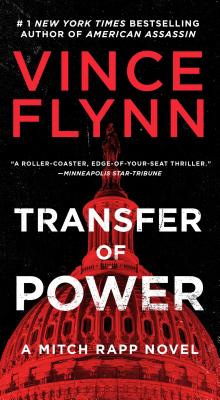 This is book number 3 in the A Mitch Rapp Novel series.

The stately calm of a Washington morning is shattered when a group of terrorists descends, killing dozens and taking nearly one hundred hostages as they massacre their way into the White House. The Secret Service evacuates the president to an underground bunker—and while officials argue over how to negotiate with the enemy, Mitch Rapp, the CIA’s top counterterrorism operative, moves stealthily among the hidden corridors and secret passageways of the executive mansion, to save the hostages before the terrorists reach the president. But another adversary—someone within Washington’s elite—is determined to see Rapp’s rescue mission fail.
#1 New York Times bestselling author Vince Flynn (1966–2013) created one of contemporary fiction’s most popular heroes: CIA counterterrorist agent Mitch Rapp, featured in thirteen of Flynn’s acclaimed political thrillers. All of his novels are New York Times bestsellers, including his stand-alone debut novel, Term Limits.