Call Me By My Name (Paperback) 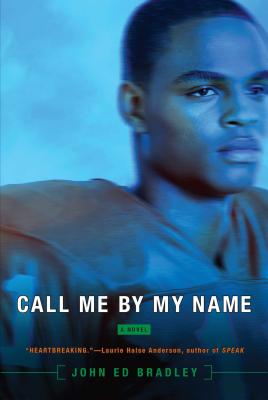 Call Me By My Name (Paperback)

“John Ed Bradley skillfully shines a beam of humanity through the prism of the game, revealing to us the full spectrum of its colors, from love to hate, bigotry to tolerance, and devotion to betrayal.” —Tim Green, retired NFL player and bestselling author​

From former football star and bestselling author John Ed Bradley comes a searing teen novel that looks at love, life, and football in the face of racial adversity.

Growing up in Louisiana in the late 1960s, Tater Henry has experienced a lot of prejudice. His town is slow to desegregate and slower still to leave behind deep-seated prejudice.

Despite the town’s sensibilities, Rodney Boulett and his twin sister Angie befriend Tater, and as their friendship grows stronger, Tater and Rodney become an unstoppable force on the football field. That is, until Rodney sees Tater and Angie growing closer, too, and Rodney’s world is turned upside down and threatened by a hate he did not know was inside of him.

As the town learns to accept notions like a black quarterback, some changes may be too difficult to accept.
John Ed Bradley is the author of several highly praised novels and a memoir, It Never Rains in Tiger Stadium. A former reporter for The Washington Post, he has also written for Esquire, Sports Illustrated, GQ, and Play. He lives with his wife and daughter in Mandeville, Louisiana.
The book "is so many other things that football might come third or fourth on the list. It is unflinching American history, it is cultural anthropology and it is a riveting morality play. Probably most of all it is a love story of the finest kind because it hurts all over and it mercilessly pits one kind of love against another in a genuine blood sport. John Ed Bradley has gathered a fine and believable cast of characters to tell a tough story, but above all Rodney Boulet stands as one of the most authentically, uncomfortably honest adolescent males I have read in quite some time."
— Chris Lynch, author of the National Book Award Finalist Inexcusable

"John Ed Bradley skillfully shines a beam of humanity through the prism of the game, revealing to us the full spectrum of its colors, from love to hate, bigotry to tolerance, and devotion to betrayal. Anyone who ever played high school football or loved someone who has should read this book."
— Tim Green, author of Unstoppable

“This engaging story shines a spotlight on the complexities and tension of racial integration...the author's history as a football player really shines...readers will connect with Rodney as he struggles to resolve his feelings.”
— Booklist

* "With its tense but subtle plot trajectory structured by Rodney’s progress through high school, the novel adds nuance to the difficult American conversation on race with its honest examination of how a white youth, who sees himself on the vanguard of racial tolerance, is hit with his own limits when it comes to his beloved sister’s interracial romance. This compelling tale will foster both engaged group discussion and serious personal reflection."
— Bulletin, starred review

"This heartbreaking story is as moving as it is poignant. Bradley forces the reader to examine deeper issues than racial tolerance.... This is a very well written tale that delves into an important issue."
— VOYA