The wonderful wizard of Oz (Paperback) 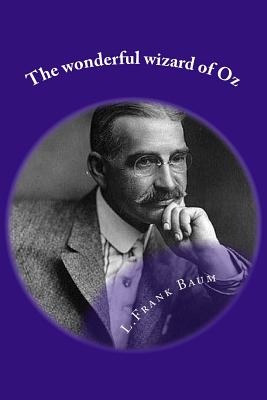 The wonderful wizard of Oz (Paperback)


May be available in our Warehouse - will ship in 3-7 days
Folklore, legends, myths and fairy tales have followed childhood through the ages, for every healthy youngster has a wholesome and instinctive love for stories fantastic, marvelous and manifestly unreal. The winged fairies of Grimm and Andersen have brought more happiness to childish hearts than all other human creations. Yet the old time fairy tale, having served for generations, may now be classed as "historical" in the children's library; for the time has come for a series of newer "wonder tales" in which the stereotyped genie, dwarf and fairy are eliminated, together with all the horrible and blood-curdling incidents devised by their authors to point a fearsome moral to each tale. Modern education includes morality; therefore the modern child seeks only entertainment in its wonder tales and gladly dispenses with all disagreeable incident. Having this thought in mind, the story of "The Wonderful Wizard of Oz" was written solely to please children of today. It aspires to being a modernized fairy tale, in which the wonderment and joy are retained and the heartaches and nightmares are left out. L. Frank Baum Lyman Frank Baum (May 15, 1856 - May 6, 1919) is a writer, an actor and an American independent filmmaker, best known as the creator, with illustrator William Wallace Denslow, one of the most popular children's books to the States States: The Wizard of Oz (1900). He wrote thirteen suites, nine other novels on the Fantasy, and made many efforts to bring his work to the screen. He is the great-grandfather of Roger S. Baum, who continued his work He was born in New York in 1856. He was British and German ancestors. He is the son of Benjamin Ward Baum and Cynthia Ann. His father was a merchant, he worked in the oil field in Pennsylvania. At the age of 12, Franck studied for two years at the Peekskill Military Academy. At 17, his father gave him a small rotary. With his brother Henry, they created the newspaper The Rose Lawn Home Journal, then The Stamp Collector, and later they publish stamps. At 20, he published a monthly, The Poultry Record. In 1886, at the age of 30, he published his first novel, The Book of the Hamburgs: A Brief Treatise upon the Mating, Rearing, and Management of the Different Varieties of Hamburgs .