Look for Me and I'll Be Gone: Stories (Compact Disc) 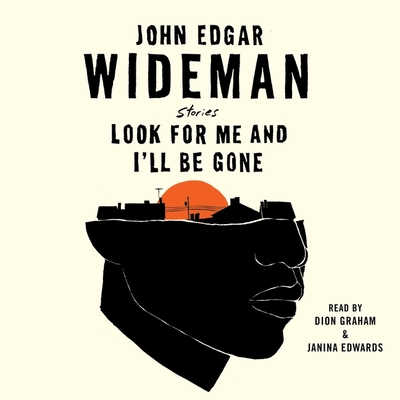 Look for Me and I'll Be Gone: Stories (Compact Disc)

From John Edgar Wideman, a master who] boldly subverts what a short story can be (Publishers Weekly) comes a stunning story collection that spans a range of topics from Michael Jordan to Emmett Till, from childhood memories to the final day in a prison cell.

Forty years after John Edgar Wideman's first collection of stories was published, he continues to produce new stories of the highest caliber and relevancy. Here, in his sixth story collection, he revisits themes that have infused his work for the duration of his career: family, loss, the penal system, Pittsburgh, physical and emotional life, art, and memory.

Stories include Separation, which begins with a boy standing alone beside his grandfather's coffin, progressing to a scene with the narrator's grandmother paying the funeral director weekly installments for the price of the casket. Arizona, which appeared in the New Yorker, is written in the form of a letter to singer Freddie Jackson, whose song You Are My Lady, enters the story through a car radio--a car that conveys the narrator's son and his lawyers to a prison cell in Arizona. Atlanta Murders contemplates James Baldwin's Evidence of Things Not Seen, written about the Atlanta child murders from 1979 to 1981, beginning with a riff on a why-did-the chicken-cross-the-road joke that takes a dark turn.

Never satisfied to simply tell a story--with writing that is layered and interwoven...understanding that perspective is various, varied (The New Statesman)--Wideman continues to push form, with stories within stories, sentences that rise like a jazz solo with every connecting clause, voices that reflect who he is and where he's from, and an exploration of time that entangles past and present. Whether historical or contemporary, intimate or expansive, the stories here represent the most recent work of a treasured American writer whose innovation, imagination, and intellect prove his continued vitality...with vigor and soul (Entertainment Weekly).