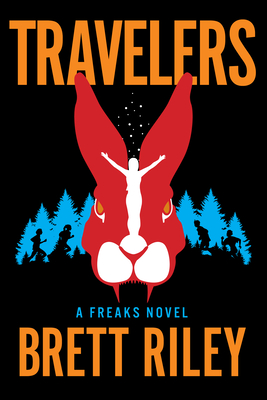 
On Our Shelves Now
Falling in love. Evading the authorities. Chasing the rabbits.
Now high school sophomores, the self-styled "Freaks" are back in class in quiet Quapaw City, Arkansas. They grapple with the ordinary challenges of everyday teen life: cliques, cars, and crushes. While everything appears normal on the surface, looks have rarely been more deceiving. A secret government task force--fully aware of the unusual powers the Freaks have acquired--is determined to capture them. Even as the mysterious Baltar Sterne shares ancient wisdom and offers hope, a new menace silently emerges in the woods outside of town. Clever, inexorable, and far more lethal than the Freaks' first superhuman foe, this traveler from another world possesses powers that can only be described as godlike. The Freaks and their town will be tested in horrific ways they are powerless to predict or even imagine.
Brett Riley is a professor of English at the College of Southern Nevada. He grew up in southeastern Arkansas and earned his Ph.D. in contemporary American fiction and film at Louisiana State University. His short fiction has appeared in numerous publications including Folio, The Wisconsin Review, and The Baltimore Review. Riley's debut novel, Comanche, was released in September 2020, and Lord of Order was published in April 2021. Riley is currently finishing Rubicons, the third book in the Freaks Superhero series. The second book of the Freaks series, Travelers, will be in stores and online in August 2022. He has also won numerous awards for screen writing. He lives in Henderson, Nevada.