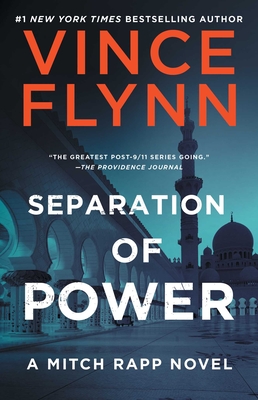 This is book number 5 in the A Mitch Rapp Novel series.

The #1 New York Times bestselling author of the electrifying Mitch Rapp series “knows how deliver action in his novels” (St. Paul Pioneer Press) and does so again with this thrilling follow-up to The Third Option.

The confirmation of Dr. Irene Kennedy as the CIA’s new director explodes into chaos as a deadly inside plot to destroy her and prematurely end the president’s term emerges. Meanwhile, a dangerous world leader gains power in the nuclear arms race, leading Israel to force the president’s hand with a chilling ultimatum. With the specter of World War III looming, the president calls on top counterterrorism operative Mitch Rapp, but with only two weeks to take out the nukes, Rapp is up against a ticking clock—and impossible odds.
#1 New York Times bestselling author Vince Flynn (1966–2013) created one of contemporary fiction’s most popular heroes: CIA counterterrorist agent Mitch Rapp, featured in thirteen of Flynn’s acclaimed political thrillers. All of his novels are New York Times bestsellers, including his stand-alone debut novel, Term Limits.