Digging Up the Truth and Other Big Bay Stories (Paperback) 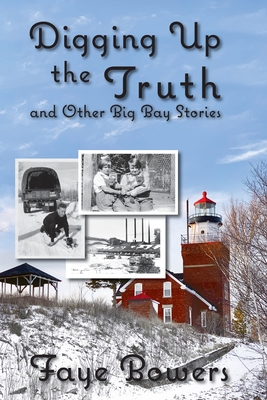 Digging Up the Truth and Other Big Bay Stories (Paperback)

Known for its spectacular Northern Lights and scads of wilderness for adventure, Big Bay is a tiny town in a remote part of Michigan's Upper Peninsula. Although it's literally at the end of the road and feels as if it will always be small and unscathed, it isn't. The people here are subject to the same dreams, schemes, ups and downs, and world and national challenges as people anywhere.

This collection of short stories shows examples of extraordinary encounters experienced by ordinary people. A middle-aged man, in 1923, sets out in a Model T on the trip of a lifetime, from Big Bay to Alaska. The crabbiest woman in town keeps secret the reason for her angst-three years in the first federal women's prison in the country. Young men enlist in the Civilian Conservation Corps and arrive in Big Bay to be rescued and then pay it forward. A man rows out in the Big Lake to fish and drowns. Or does he? Eighth-grade students from the Big Bay School travel to Detroit in 1947-by bus, ferry, and rail-for the biggest adventure of their lives. Then, there's a piece about the first-known residents: the Ojibwa and an Irishman. In each story, layers of truth are revealed.